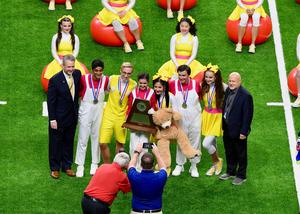 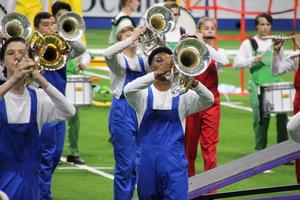 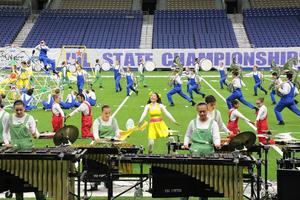 
The band was ranked first among the 34 5A bands who competed in Monday's prelims, then advanced to compete against 11 bands during Tuesday's finals. At 147 members, the Highlander Band was the fourth-smallest band to advance to state and the second-smallest band to advance to the finals. It was HP's second trip to state following a 10th-place finish in the 2017 state contest. Cedar Park High School won the gold medal and Frisco Wakeland earned the bronze medal.