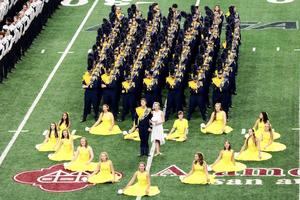 The 140-member Highlander Band was one of the smallest to compete in the state contest and was by far the smallest band to advance to finals competition.